As part of my public service to the universe, I have tried my best to keep everyone aware of oddities in the way we use words.

If you’ve never visited my blog before, welcome! (What took you so long?!?) You’re about to rethink an expression you probably use all the time.

How many times have you been trying to think of when something occurred in the recent past–be it an appointment, a vacation, or one of your thumbs falling off for no good reason–when you simply shrug your shoulders and realize that your mental calendar has gone kaput?

What did you say next?

In all likelihood, you referred to it as–are you ready?

Besides being vague (because, hey, it’s vague to you as to when it happened in the first place, although if you can’t remember the exact date that you lost a thumb, your insurance company will), the expression has a few other problems. The biggest problem I have with it is that it implies that there are “other” days other than the ones we’ve already established.

Monday, Tuesday, Wednesday, Thursday, Friday, Saturday, Sunday. We’ve set up seven days per week to work with here. The calendar issues them on a repeating basis across twelve months, further breaking the process down to a series of numbers and month names. Therefore, we have a set number of days available in which anything can happen.

In short, there are no “other” days.

Yes, it’s an expression. I get it. For some reason, though, it’s my self-appointed job to point out expressions that need some assistance. (I took on this burden out of the kindness of my heart. It’s tough, but someone has to do it. I think. Even if they don’t, I felt like it, okay?) This one is a challenge sometimes, because you could try to name the day you think the event in question happened, but if you’re wrong, then you know you’re not being truthful.

Just know that you do have choices, however, and that you don’t have to go out and create “other” days.

I just felt I needed to bring it up since I was thinking about it the other day.

It’s long been a dream of mine (since I first heard this was a thing about five whole years ago) to go to Austin, Texas to compete in and win the O. Henry Pun-Off.

Obviously, I won’t be going this year as I didn’t take a good look at the dates until the time was u-pun and ultimately past us (heh), but it got me to thinking…

How does one efficiently prepare for such a contest?

In my possibly unpopular o-pun-ion (ha), it wouldn’t be easy.

Why, you ask (besides the obvious–that you’d need to be really good with puns)?

1. In order to prepare, you’d probably want to practice with someone. And they’d need to be better than you in order to keep you on your toes, which could potentially lead to a crisis of confidence. That’s the part where you start thinking, “Gee. If they’re so good, why don’t they compete instead of me? Why are they helping? Should I be encouraging them to take my spot? Or was that the strategy all along? Yeah, that’s it. Very sneaky, o worthy adversary.”

2. I’m not sure if I have a second item to add to this list. Technically, this means I don’t have much of a list and I should have just written a couple of paragraphs. Darn. Now I have to come up with a third item to make this a real list. I don’t even have a good pun to add, meaning that I probably shouldn’t even be thinking about doing this contest in the first place. (See also: Item No. 1 on this “list.”)

3. Oh…wait. Maybe I do have something to say. If you practice with someone, you might also want to involve a third party to judge each pun’s worthiness in the practice sessions. Still, if they’re able to identify them that easily, they could also be better at this than you are, once again beginning that self-confidence spiral. 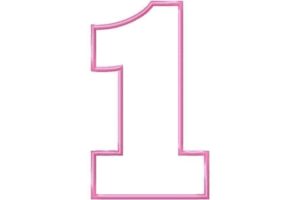 Guilty, you say? Of what?

True, on a philosophical level, we’re all guilty of lots of somethings, so I suppose I should specify this particular instance of guilt before you all start beating yourselves up over other transgressions.

How many times have you said/heard/overheard/responded to this statement?

You know you’ve said it. You’ve also been on the receiving end of that statement. And I know that the linguists and comedians of the world have covered this topic (probably better than I can), but this is my blog and it’s my turn, so there. If you don’t like it, too bad. So sad. Love, Brad (whoever Brad is).

As I said, it’s probably already been said, so, for my own personal record, I’ll say it.

Okay, okay, I get it—it’s a substitute for “day.” Why, though? “Day” is the same number of letters as “one,” it’s just as quick to say as “one,” and it happens to be my middle name (a bit off-topic, sure, but I like my middle name). How did “day” morph into “one”? The “a” in “have a good day” along with the singular nature of “day” is already indicative of “one” being the understood unit of measurement in that statement.

However—to get back to the crux of this post—how does anyone “have a good ONE”? What is a “one”? It has to be a “one” of something—understood as “day” in this situation, as we have established, but someone might have missed the memo the day (or “one”) that it went out—and I’ve just gone and massively complicated a simple pleasantry usually exchanged at drive-thru windows and banks in the name of the typical analytical paranoia that follows me around on a one-to-one (see also: day-to-day) basis.

I should take a nap.

I was plucking my eyebrows a few days ago when I had two thoughts: 1) ouch, it still hurts to do this, and 2) the VERY FIRST time I did this, it took about three hours because I was eighteen years old, ignorant about a lot of beauty-related things, and, as a result, was dangerously close to having a unibrow.

(Okay, those were several thoughts. Sorry about the math skills.)

Anyway, it’s never been much fun and it almost always makes me sneeze to tweeze. Guess the follicles are connected to my sneezer switch or something.

Anyway, anyway—back to one of those thoughts. I was thinking about the VERY FIRST time I plucked my eyebrows.

Does anyone ever call a “second something” the VERY SECOND instance? You rarely hear the word “very” as a modifier of “second” in that context.

Language study time. Do you think that at the second performance of the 1812 Overture, it was introduced with the word “very” in front of “second”? (They’d most likely have been speaking Russian, so just pretend they spoke English to make this easier.)

“Welcome, ladies and gentlemen, to the VERY SECOND performance of Tchaikovsky’s 1812 Overture!”

If you’d been in the audience (and if you’re reading this, I’m assuming you weren’t, because it was a long time ago and if you are still alive and remember the performance with any degree of clarity, you need to call a medical research facility pronto because they’ll want to run a few tests for everyone’s benefit here—have someone show you how to use a phone), you’d probably have heard something more like this:

“Tonight the orchestra will be playing the second performance of the new 1812 Overture by Tchaikovsky. Please express your final wishes to your families now in the event that you are injured by the cannons.”

Seems like everything that happens the first time is expressed as the VERY first time.

“We just went to her VERY first graduation! Preschool! We only have thirteen more of these to go before she actually earns a real diploma!”

The only times you ever hear “very second” is when someone is referring to a minute unit of time. (Minute? See what I did there? Haha, yeah…at least I thought it was funny.)

“The very second he jumped out of the plane, he wished he hadn’t.”

“They timed that race down to the very second.”

No one ever says, “You remember the very second time we went to that new barbecue joint?”

Of course they don’t! If the trip was memorable for some reason, they’d just say, “You remember the second time we went to that new barbecue joint?”

“Very” is an interesting modifier that writers are told to use very, very sparingly.

Just something to think about the next time you talk about a very first…or second.

I overheard someone mentioning that they needed a pair of sensible shoes.

What exactly is a “sensible” shoe?

As a wordsmith, I would like first to view this term from a strictly literal perspective. I mean, in my mind, I’m picturing a “sensible” shoe as an agreeable item that won’t argue with you. (Shoes have tongues, after all, so it stands to reckon that they could—theoretically—argue.)

If you’re constantly arguing with your shoes, how will you have time to walk or tap your feet to music or run a half-marathon? (That is, if you’re someone who runs long distances, which I could never do because it would be my feet arguing with me before my shoes had the chance to talk.)

Next, I’d like to view this term from a realistic perspective. When I hear “sensible” shoe, I think of the nurse shoes of yesteryear. The white ones with the thick soles. Comfortable, sure. Fashionably sensible? Depends on your fashion sense.

If you’re looking strictly for comfort when you use the word “sensible,” I’ve heard that Crocs will have you covered. However, I’m of the school of thought that no matter how comfortable a pair of those might be, I will NEVER know it, because I just can’t even bring myself to try on a pair.

For starters, they have holes. If I have to wear socks with the things in winter just to keep my feet warm AND sensibly comfortable, then I might as well just wrap my feet in bubble wrap and draw even more attention to myself. Sure, the bubble wrap might feel like walking on air for about ten seconds, until all the bubbles started to pop and everyone in the grocery store you’re walking through would hit the deck because they didn’t know what that sound was and…where was I going with this?

Oh, yeah. Crocs. Thanks, but no thanks.

I’m going to assume that a “sensible” shoe is somewhat comfortable and moderately stylish (because, as we all know, you can’t completely have both).

I’m thinking loafers, although the word “loafer” tends to imply a sense of laziness that negates sensibility.

I’m going to be productive in my loafers.

Yeah, not a sentence you hear very often.

Then again, neither is, “Original hummus chokes twelve angry tsetse flies every half hour in an Antarctic discotheque.” It could happen, but not likely.

Then, you have your sneakers. Sneaky.

Perhaps you call them tennis shoes, like I do. It’s been a while since I’ve played tennis, though, so it feels a bit dishonest.

I’ll just be here in my socks until I figure this one out. Talk amongst yourselves.